The 10 Laws of Cloudonomics

I've been thinking about the strategic competitive advantage of clouds, and in particular about some of the mathematics and statistics behind cloud computing. For example, the benefits of aggregating demand can be characterized based on fundamental laws of statistics, such as the law of large numbers and the preservation of variance across addition of independent random variables. Observations such as this have profound business implications. For example, service provider clouds have fundamental strategic advantages over enterprise clouds or owned (or financed or leased) infrastructure based on this statistical behavior. I coined the term "Cloudonomics", with Don Tapscott and Anthony Williams book "Wikinomics" in mind, to capture the notion that there are economic laws of cloud service providers and specific curves (e.g., hyperbolic, inverse square, asymptotic) that characterize how they create value.

The article is at BusinessWeek by way of the GigaOM Network. I will post more detailed comments on each law at my Cloudonomics blog, based both on some underlying proofs and simulations that I've posted at Complex Models.

My thesis is that large enterprises have many of the same technologies at their disposal as cloud service providers do, so, for example, virtualization, even though widely used by cloud service providers, hardly provides strategic value to an enterprise, since an enterprise can leverage exactly the same technology. Consequently, the advantages of service providers must derive from the fact that they are inherently multi-tenant and multi-enterprise, providing true on-demand infrastructure or services through dynamic allocation and multiplexing; via larger scale; and via strategic, engineered, dispersion.

The 10 Laws of Cloudonomics are: 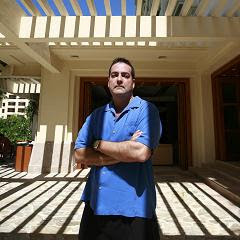